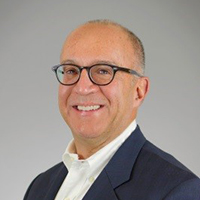 Bruce T. Karpas is the Founder, Chairman and CEO of Crème de la Crème, Inc., a national premium childcare company with 46 centers in 14 states with a capacity of serving 18,000 children. Founded in 1996, Crème is differentiated by its early education model of transitioning children to a variety of themed classrooms throughout its 21,000 square foot signature building.

Prior to Crème, Mr. Karpas was one of the founders of the first pay-per-view television network, Request Television. He also worked at Liberty Media Corp.