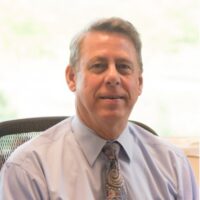 Greg has served as Kiddie Academy® Educational Child Care’s Chief Executive Officer since January 1, 2020. He joined the company in 2008 as Chief Development Officer. In 2011, he was promoted to Chief Operations Officer and then to President later that same year. During his tenure with the company, Greg has overseen the company’s expansion, providing overall strategic leadership and guidance, while maintaining direct supervision of several critical components of the business. The company has more than doubled the number of Academies since his arrival. Today, there are more than 275 Kiddie Academy locations nationwide, each delivering the high-quality care and education that has earned the trust and respect of families, educators and entrepreneurs. Greg owns a distinguished track record of more than 30 years of executive-level experience in the educational and health franchise industries. He earned a B.A. from Kean University, where he studied business and psychology. and pursued an MBA at Fairleigh Dickinson University.