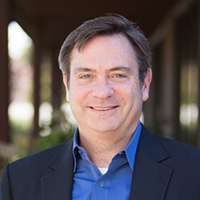 As CEO of Spring Education Group, a best-in-class platform for education, Shawn Weidmann was instrumental in bringing together three premier private school organizations from Preschool – 12 in the United States. Prior to this, Shawn joined Stratford School as the CEO in April 2015. Previously, he was the COO of Public Storage, the world’s largest operator of self-storage facilities with over 2200 sites in the 38 states.

His extensive career as a leader includes being President of Teleflora, the world’s largest network of retail florists; consultant at McKinsey & Company; product manager for Progressive Insurance; and a partner at EHS Partners, a boutique consulting firm. He launched his career as an Army officer, leaving active duty as a Captain.